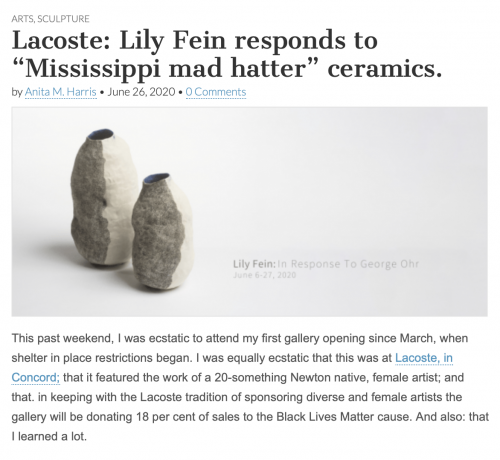 "Fein writes that she “was attracted to how Ohr inverted the metaphor of the vessel–what one would expect to live in the inside of the hollow object manifests itself on the exterior of the pot. In turn, as much as a pot references the human body, Ohr put the insides of human bodies on the outside of his pots. He made the underlying connection between the vessel and the body overt: putting excremement in teacups and making vulva piggy banks. [This is Anita: Ew…sounds gross]. He was not shy, which posthumously gave other clay artists permission to play.”

Click Here to View Entire Article
Back To Top