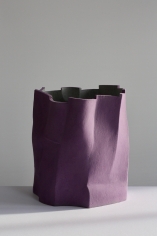 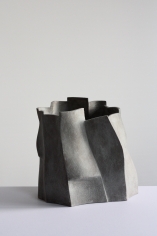 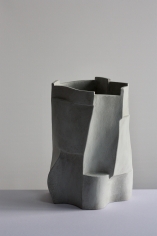 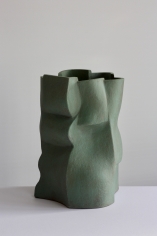 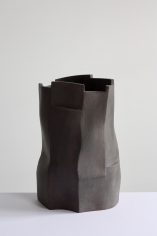 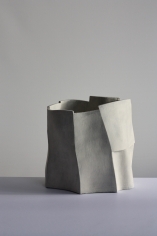 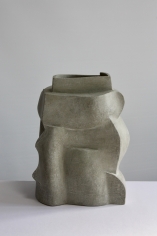 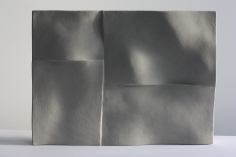 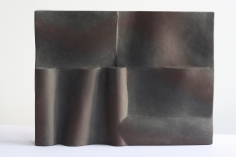 ​Ken Eastman was born in 1960. He studied at Edinburgh College of Art (1979-83) and at the Royal College of Art, London (1984-87).  He exhibits widely and has won numerous awards in the field of the ceramic arts, including the ‘Premio Faenza’, Italy in 1995, the ‘Gold Medal’ at the 1st World Ceramic Biennale, 2001, Korea and ‘Bronze Medal’ at the 5th World Ceramic Biennale, 2009, Korea, the ‘Primer Premio’ at the 8thInternacional Biennal de Ceramica de Marratxi, Majorca, Spain in 2016 and the Primer Premio at the 8thInternacional Bienal de Ceramica, Talavera de la Reina, Spain in 2017.

Eastman’s work centres around the idea of the vessel. He uses the vessel as a subject- to give meaning and form to an expression. Working through the medium of ceramics, Eastman can be both builder and painter; can handle shape and structure, as well as exploring tone and colour.

These latest multi-faceted pots were made from numerous slabs of clay, shaped and assembled in a spontaneous and intuitive way. This process meant that the forms couldn’t be planned beyond loose ideas about scale, proportion and complexity. Initially slabs of white stoneware were rolled out by hand with a wooden rolling pin and then shaped over found objects and formers. Through this process, each piece of work became the sum of innumerable small decisions, choices and actions- being built up gradually by addition, so that each piece came into focus slowly.  In this way, Eastman was able to concentrate on how each element met and related to its neighbour and how it contributed to the whole. The final works are sharply defined, each has a clear drawn ground plan, smooth walls and definite edges.  Once fired everything is changed and a new life is sought through the application of layer upon layer of painted coloured slips and oxides, refining and developing the surface.